One Click Pony is a game created by Bridget Schiffler, Theo Chin, and Xing Guo for the 2018 Seattle Indies Game Jam. The topic of the game jam was Unexpected Results. The name of the game is simple, click the Pony to win!

This is such a brilliant approach to the mechanic of one ,ouse click! I find it Inspiring in a way in terms of how much you folks manage to do with so little in terms of visual assets! 10 / 10 :D

Honestly probably one of the best games I've ever played

Loved this. Stumbled across it completely by accident while streaming and had worlds of fun with it! Did a video of it here, thanks for giving us some silly entertainment!

I had way more fun with this than I probably should have!

Vinny related this most akin to a Newgrounds game, which I beg to differ: not only is this on Itch.io and not on Newgrounds, but the amount of Clever on display here had me saying "I c wat you did thar" enough times that I would need two hands! Wait...

The wordplay is witty and the gameplay is clever. The sexy-time sax is almost "Oh God no" levels of cringe but it's perfect for exactly that reason, and I found myself falling in love with it in spite of myself.

I love how comfortable it is in its own skin: it's simple, yet unafraid to make its punchline and move on. The comedy in discovering the ways in which each title both alludes to and disguises its gag is the kind of interaction that games are made for. I can only imagine the amount of fun that was had while brainstorming the various ways in which a pony and a click could pony and click. 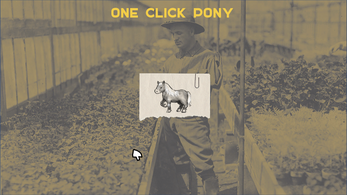 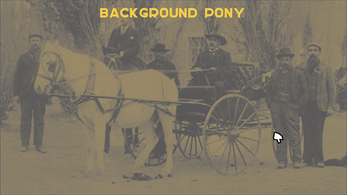 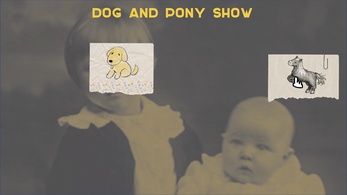 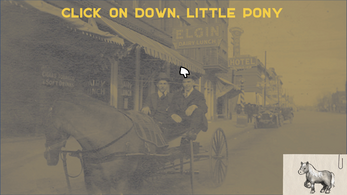 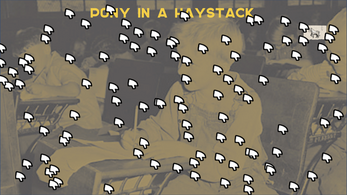